The A10S Plus is a reliable receiving card model developed by Novastar. It is one of the best options you can use if you opt to achieve refiner and more lifelike images on your LED screen device. Also, it works efficiently and effectively with Novastar LCT and Novastar CLB.

It also has numerous improvements in its features, such as in its software and hardware reliability, maintainability, and display effect. The A10S Plus supports practical software design that encompasses the following functions; automobile calibration, mapping function, module Flash management, cabinet LCD, and image rotation in 90° increments.

And when it comes to its advanced hardware design, it uses a dust-resistant high-density connector, limiting dust and vibration effects on dependability and reliability.

Tune down below to see its features, parameters, and other technicalities. If you have questions that may be unanswered by the following guide, please reach us at manager@yuchip.com.

The A10S Plus is a product developed by Novastar. It is a high-end receiving card with a small size and a maximum loading capacity in which a single card can load up to 512 x 512 pixels. The A10S Plus can work with the MCTRL R5 and supports up to 32 groups of parallel data or 64 groups of serial data.

It also supports chroma calibration and pixel-level brightness when partnered with NovaLCT and NovaCLB and can work with a large-loading capacity MCTRL 4K independent controller. It can support HDR10 and HLG video inputs, resulting in a firmer brightness feature, more expansive color space, and smoother and more vivid images.

The A10S Plus Receiving Card can remove color troubles and improve an LED display’s image consistency, and uniformity, which is why it is an excellent solution for XR virtual LED needs. It supports 90 degrees increments in image rotation, thus creating a more substantial image and visual experience for users and viewers.

The A10S Plus supports the following:

Below are the features of the A10S Plus. It is divided into four categories to help you understand it further.

It completely works with an independent controller such as NovaLCT (V5.2.0), and when partnered with it, the A10S Plus supports adjustment for various Gammas, including red, green, and blue. This process effectively controls image non-uniformity under low grayscale and white balance offset. When this process is done, it results in more lifelike images and content display.

The A10S Plus supports calibrated display correction, which accurately controls the grayscale. This function of the A10S Plus also assists other display technologies, such as 18-bit +, ClearView, individual gamma adjustment, and more.

The A10S plus receiving card supports HDR10 and HLG video sources. It works with the large loading capacity independent controller such as the MCTRL 4K to further support the HDR10 and HLDF video inputs. This feature allows for a higher dynamic brightness range, a broader color space, and vivid and lifelike images.

This receiving card can reduce the frame latency of the video source on its end-to-one frame. However, it only happens when you use modules with driver IC and built-in RAM.

Activating the 18-bit+ modes in NovaLCT can improve the LED display’s grayscale by four times. It then helps avoid grayscale loss due to low brightness, resulting in a more precise image or content.

Enabling the ClearView in NovaLCT makes easy adjustments to the texture, contrast, and different areas based on the HVS (Human Visual System).

Upon using the A10S Plus with MCTRL R5, you’ll have to configure the display image firstly in SmartLCT to rotate at any angle.

It supports brightness and chroma calibration on each pixel when working with NovaLCT and NovaCLB.

It supports quick adjustment of dark and bright lines, removing seams between modules and cabinets.

You can enable the 3D function and the parameters allowing the LED screen to display 3D effects. It is, therefore, widespread equipment used for 3D LED displays and XR screen solutions.

An intelligent module has Flash and MCU as main components. The Flash functions as a storage area for calibration coefficients and module information. At the same time, the MCU communicates with the receiving card to monitor the module’s temperature, voltage, and ribbon cable communication status. The MCU also supports open circuit detection of the LED when working with the driver chip.

LVDS, or the low-voltage differential signaling transmission, is a significant function of the A10S Plus. This function reduces the number of data cables connecting the HUB board to the module, increasing the transmission distance and electromagnetic compatibility, improving the signal transmission quality, and stabilizing the image result.

Once you enable the Mapping function in the NovaLCT, the target cabinet will display the receiving card number and Ethernet port information, allowing you to see the receiving card’s locations and wiring route.

In NovaLCT, a specified image can be set as the LED screen startup image or the image displayed on the LED screen when the Ethernet cable is disconnected or no video source signal is available.

Using the NovaLCT, you can manage the information stored in the module Flash.

You can monitor the voltage and temperature of the receiving card even without the peripherals. You can check the monitoring data in the NovaLCT.

In instances such as a network outage, you can hold down the self-test button to read the calibration coefficients in the module Flash back to the receiving card.

In an environment with requirements for high reliability, two A10s Plus receiving cards can be mounted onto a single HUB board. In the case that the main receiving card fails, the standby card will serve to ensure the uninterrupted operation of the display. Also, it works with NovaLCT (V5.2.0 and later) to support status monitoring of primary and backup receiving cards.

You may connect two power supplies simultaneously. You can also detect the operational status of the devices.

The HUB’s Ethernet port improves the reliability of the serial connection of the receiving card through the primary and backup redundant mechanisms. If the principal or backup serial connection lines have trouble, the other will begin to work to retain the regular operation of the LED device.

It works efficiently with NovaLCT (V5.2.0 and later); the A10S Plus can monitor the Gigabit Ethernet communication quality between sending devices and receiving cards or receiving cards. It can also record errors to further help with troubleshooting network communication problems.

It can read the firmware versions of the receiving card back with the NovaLCT. 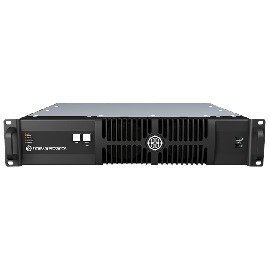 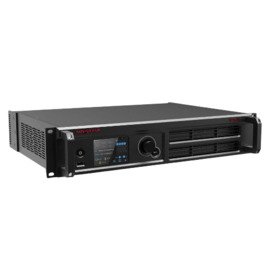 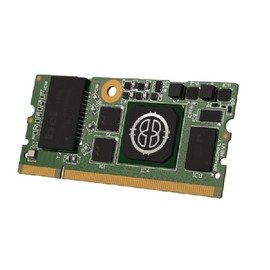 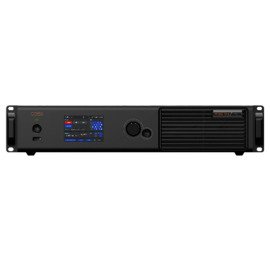