LED module is one of the significant parts of a finished LED display. It’s mainly composed of LED light, PCB Circuit Board, Driver IC, resistance, capacitance, and plastic package (capacitors). 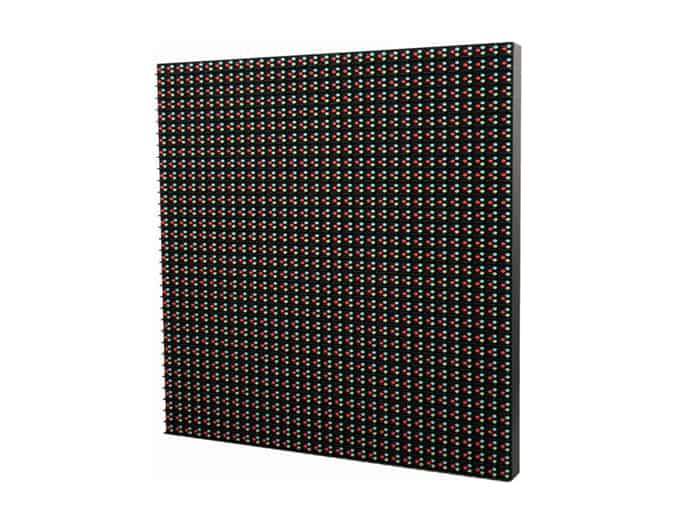 An LED lamp is an electric light for use in light fixtures that produces light using one or more light-emitting diodes (LEDs).

It mechanically supports and electrically connects electrical or electronic components using conductive tracks, pads, and other features. It etches from one or more sheet layers of copper laminated onto and between sheet layers of a non-conductive substrate.

The Driver IC is an integrated circuit chip used as a motor controlling device in embedded circuits, just like LEDs.

It is a two-terminal, electrical component. Along with resistors and inductors, they are one of the most fundamental passive features we use.

There are four types of LED modules according to colors, space, LED Chip, and Pixel Pitch. Each class has various kinds as well.

2. Distinguishing from the using space
It divides into three, namely, indoor, half outdoor (need shelter to be waterproof), and outdoor.

3. Distinguishing from the LED chip
According to the LED package difference, the LED module divide into DIP LED module, Dot-matrix LED Module, and SMD LED module.

Innovation and advanced technology continue their pursuit in every aspect of our lives. That is to say, LEDs in the market escalates and elevates their structure from time to time. Purposively, to cater to customers’ needs and upscale businesses’ revenues and income.