Peru is in the western part of South America. As the capital of Peru, Lima is quite an exciting city.

Lima is the largest city in Peru, located on the country’s Pacific coast.

The bustling city under the neon lights and the people coming and going, enhancing each other’s beauty. Thus, the old town of Lima stands quietly, witnessing the development and changes of this city.

Evidently, according to Peruvian customs data, in 2017, the import and export of goods between Peru and China reached 20.28 billion US dollars, with a year-on-year growth of 20.6%.

2019 GRAFINCA Exhibition held in Lima, Peru, from September 19th to 22nd is one of the South Pacific’s professional exhibitions advertising and printing industry.

Thus, GRAFINCA is a 15-year trade show and a grand ceremony for people in the same industry to communicate and interact.

Moreover, the exhibition organizer invited YUCHIP to attend the GRAFINCA exhibition, which was extremely popular. Five LED manufacturers in total participated in this exhibition; YUCHIP has presented the excellent spot effect.

Hence, after seeing the other four manufacturers, many customers came to our booth and gave a thumbs-up to our product and professional service.

Within a short four days, many customers showed their willingness for further cooperation. Thus, people ordered our exhibits, and YUCHIP has signed up a local distributor in Peru.

The products we displayed in this exhibition include:

The color matching and transparency of the Transparent LED display show the excellent video and image effect that every customer adores.

A transparent LED display can make the screen translucent as glass while maintaining transparency to ensure the quality of playing content.

Thus, customers can see the exhibits behind the transparent LED display and carry out a dynamic interaction with the screen information.

The human eye sees the effect in 3D, with no borders and no background. 3D Hologram Fan LED Display applies to all kinds of shopping malls, KTV, cinemas, chain stores, etc.

A novel digital display device specifically for indoor stage and banquet scenes is trendy. It is generally for the stage, catwalk, booth, bar, night performance, broadcasting hall, and other decorations.

A sensor was installed under the floor LED display; whenever people stand or move on the LED display surface, there were “flowers” blooming on the screen.

Many customers came and tried to stand on the screen to feel the effect while a model even danced on YUCHIP’s dance floor LED display, which attracted many participants to watch.

As a high-profile star product, this year is a dark horse in the LED display market segment. So, LED Posters can make homemade programs and realize instant broadcast.

There are advertisements and programs in the content, including columns, variety shows, animations, radio plays, and TV series.

It is a relatively common LED display, the brightness is up to 900 nits, and the show is explicit.

YUCHIP is to Peru what China is to the world. Therefore, in Peru, locals treat the Chinese with great respect.

Many customers will significantly appreciate YUCHIP’s professional attitude and product quality when they hear its name.

In communicating with clients, YUHIP’s engineers awarded South America’s development in recent years. Thus, Peru has become a new rising star in South America. Along the wide streets of Lima, Peru, LED screens are everywhere except for food.

After the exhibition, our VP Eric said: 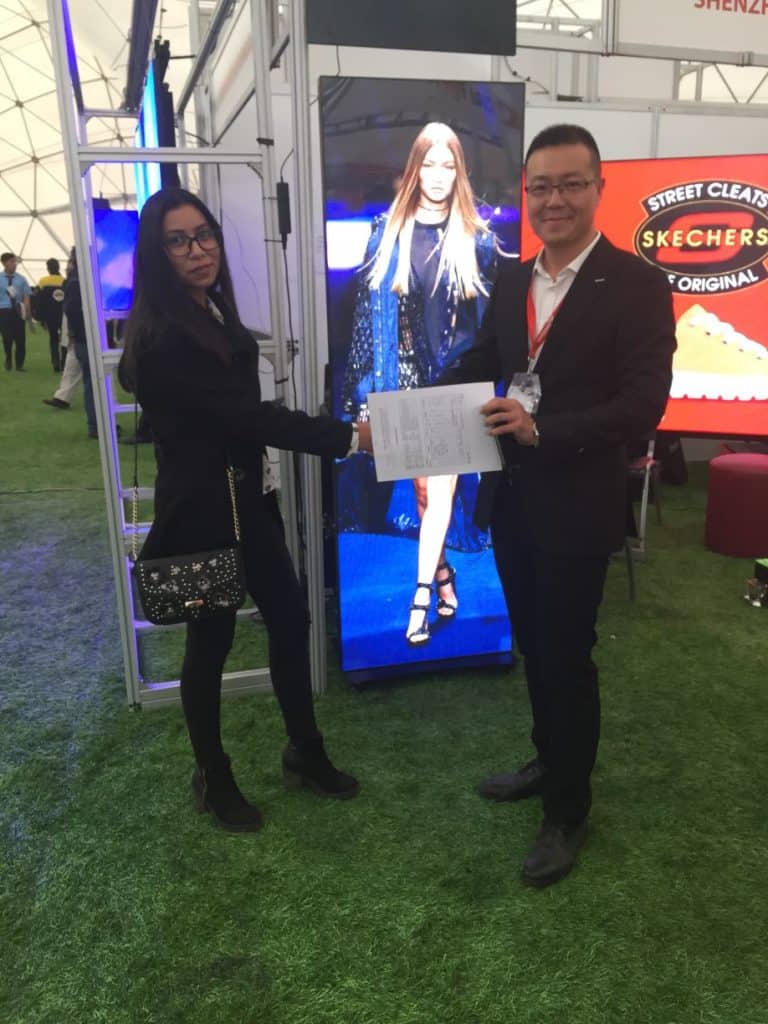 The GRAFINCA exhibition further strengthened the local influence of the YUCHIP brand and the power of YUCHIP in the world.

The enthusiasm of Peruvian locals and their unique insight into the LED industry make YUCHIP see the feasibility of cooperation with the local LED display clients.

In the future, Peru’s LED display will continue to carry forward YUCHIP’s brand.

YUCHIP has continuously joined Grafinca 2017, Grafinca 2018 and Grafinca 2019, and we will firmly join Grafinca future expos and bring the latest and best LED screens to Peru.

LED Screen In Peru: A Review

An LED Screen (Pantalla LED) is an audio-video display that uses tiny light-emitting diodes as its pixels. Nowadays, it is used everywhere as a store sign, billboard, and destination sign on roads and highways.

LED panels, which are small displays or modules used to build a larger LED screen, are sometimes used as decorative lighting for general illumination or stage lighting.

Significantly, many stores and companies are replacing traditional displays with LED screens and panels to drastically minimize the running cost for their digital display or advertising campaign without compromising its light quality.

LED screens have been found useful universally around the globe. There is a surge in demand for LED screens, not just in Asia but also in other parts of the world, including Latin America, where you can find one of the world’s most massive outdoor LED advertising screens.

Latin America is the region of the Americas or a group of countries where Raman languages like French, Portuguese, and Spanish are mainly spoken. It is composed of more than 20 nations, which include the country Peru.

Latin America’s LED display market is projected to grow over the years between 2019 and 2027. The significant growth in the digital display market is attributed to the increasing demands for digital signages and billboards. Also, the growing numbers of tech enterprises and startup businesses are also another factor that has boosted the sales of LED panels and LED screens. The rising number of companies that offer LED screen solutions has increased the affordability of LED displays; hence it became more accessible to many users.

Peru, for example, is a country known for Machu Picchu’s breathtaking view, but not necessarily as a progressive technological hub country. But with Peru’s fast-growing economy and recent move towards technological and digital advancements make Peru a country to watch, as this country’s tech sector will surely flourish.

The Peruvian government has lately announced its goal to start a national program that will promote innovative and inventive projects, businesses, and entrepreneurial ventures through commercial and technological development.

The service sector is one of the main contributors to Peru’s economy. Now, Peru has embraced digitalization by opening up to various new technologies to help optimize the service sector and improve other sectors. It needs more technological improvement and innovation to go on with its upward growth.

Thus, the applications of technology in Peru make positive impacts on all industries bringing more opportunities and innovative outcomes. Besides, one segment of technology that has received a significant amount of attention is digital signages. And the reason for this is the skyrocketing need to promote products and services via digital channels and mediums to attract and convince target customers and viewers effectively. Hence, it is a huge factor that leads to the growth of Peru’s digital display market.

The industries that benefited the most and the largest consumers of LED screens and signages are: 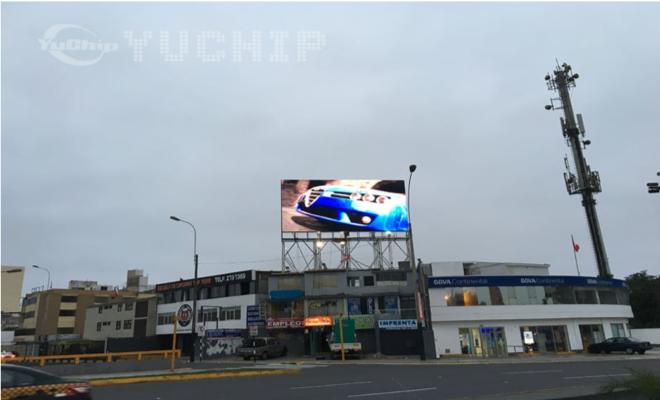 Before discussing how LED screens are applied and used in Peru’s various sectors, let’s first discuss the difference between traditional billboards and LED displays.

Generally, traditional billboards and digital billboards are often seen in many crowded places and major highways in every city in the world. They are both helpful tools to deliver a message and build brand awareness.

On the other hand, digital signages have a different way of attracting the audience than the colors, moving displays, and illuminated lights they produce. With digital displays, it is easier to change or update your visual content. You do not have to tear down anything. All you have to do is upload or plug the video source on your control computer.

Many small and medium-sized enterprises and big companies find more sense in investing in digital signages as it offers much more benefits. As a result (to adapt to the changing needs in the display industry), many traditional billboard companies are now replacing their static signages with LED screen displays.

These are some of the many applications of LED screens in Peru: 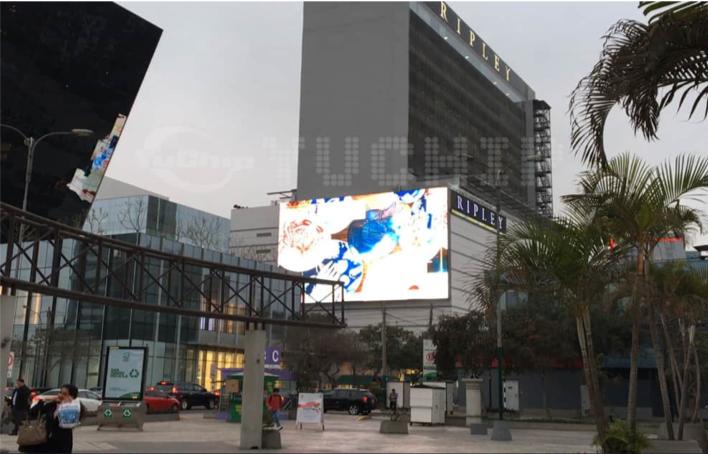 Different brands and advertisers are now choosing large LED screens to spread brand awareness to a mass market. Thus, the giant LED screens are common in outdoor areas to reach more audiences from farther distances. Also, they are an effective way to deliver brand promotion and marketing campaigns creatively.

In Peru, digital signages are continuously increasing in numbers because many startup businesses have been established recently. The advertising LED screens (pantallas led Publicidad) are the go-to approach of many enterprises to boost their brand images or consumers’ recognition of their products and services.

Lima, Peru is home to many shopping malls and department stores that people there love to visit. Besides, shopping centers have become a magnet to hundreds and thousands of visitors as they offer complete solutions to our daily needs. So, if you want to buy something, relax, dine, watch a movie, be entertained, a mall got it all for you.

And speaking of entertainment, malls in Peru install indoor LED screens to give the visitors a visual experience that will add to their overall positive experience inside the shopping mall. Many retail stores are also using LED screen displays to attract more customers to visit their shops.

Here are some of the malls and department stores in Lima with many LED screens to check out.

TV & broadcasting is another industry that adds to the growing market of digital display in Peru. There are about 105 TV broadcast stations overall in Peru, and 22 are located in Lima.

TV studios are rooms where video productions take place. The broadcast studio environment must have high-quality LED screens to achieve the highest quality of images and videos even when operated at the lowest brightness.

The modular LED display panels are the most reliable LED screens for tv broadcasting. They utilized today’s most advanced lighting technology, and they offer the full color, high-definition resolution screen.

4. LED Screens For Stages And Events

The stage is one of the most critical parts of any venue or show. Also, it is known that stages are typically elevated to ensure that the audience has a good view of what’s going on.

Thus, LED screens can provide an immersive and extraordinary visual experience. It is the main reason why many choose to install giant LED screens (pantallas led Gigantes). It helps a lot in engaging every member of the audience.

Aside from being a beautiful display, the LED screen also adds illumination that improves the place’s ambiance. Besides, they are easy to assemble and come with flight cases for easy moving and transportation. 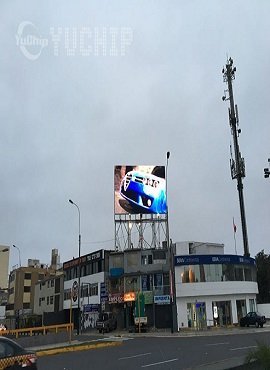 YUCHIP is a leading LED solutions provider in China. We manufacture and supply high-quality products that undergo strict quality control procedures and aging tests to ensure that all LED screens and devices are properly working before sending them out to customers.

Moreover, we offer a complete range of LED products and customized LED solutions worldwide. We can guarantee you with both LED screens products that are top-tier in quality and on-time delivery.

Besides, YUCHIP has been in the LED industry for 16 years providing thousands of LED display cases in many parts. Hence, we are beyond confident that we can be your trusted provider for your LED needs.

Contact us today to learn more about our services.

As the world we live in continues to change, more and more countries are beginning to embrace new technologies and digitalization. Besides, technological advancements have brought us many valuable tools and devices that shaped how we interact with other people.

Generally, LED screens are indeed a handy digital tool that serves many purposes. They are versatile and offer almost unlimited opportunities and possibilities to many businesses, advertisers, and other private establishments.

Thus, to make the most of any technological tools such as LED screens, it is ultimately essential to know your main objective in utilizing them. Hence, use them strategically and intelligently so you could make your LED screen investment worthwhile.

Also, below are a few links you may visit for informative readings and articles.