The gray level of the display can be very high, like 256bit or even 1024bit. However, due to the human eye’s limited sensitivity to brightness, we cannot fully identify these gray levels. 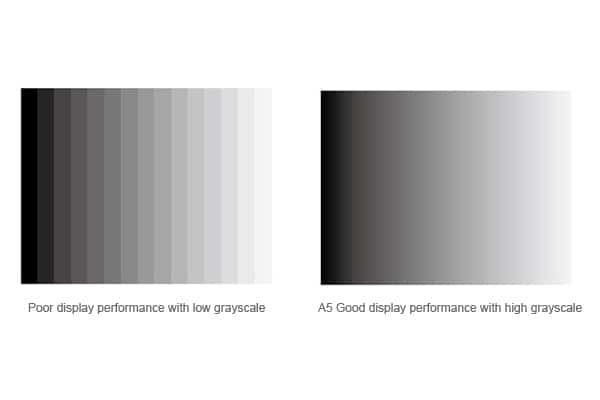 That is to say, a lot of adjacent gray levels seem to be the same for people. And for each person, the ability to distinguish is not the same. For the display, the eye recognition levels are naturally the better because the images display for people to look after all.

The more brightness level that the eye can distinguish, the larger the color space of the display. Thus, the potential of displaying colorful images would be more significant. Brightness discrimination levels can test by special software. Generally, the gray display level reaching 20bit or more is the right level.

What are the ambient brightness requirements for the LED Display?

What kind of RGB brightness require for white intelligence?

Red, green and blue are not the same as to form white color. The reason is that it’s different for people’s retina to feel different wavelengths of light. After a large number of experimental tests, we have come up with the following ratio:

In general, brightness level adjustment in images is critical. It facilitates optimal interpretation of photos and video frames. Along with that, even if eyes differ in determining grayscale, protecting them is something we have to consider every time.

Should you have questions, please visit our website; https://www.yuchip-led.com/.