The Association of Southeast Asian Nations(ASEAN ) is a geo-political and economic organisation of ten countries located in Southeast Asia, which was formed on 8 August 1967 by Indonesia, Malaysia, the Philippines, Singapore and Thailand.Since then, membership has expanded to include Brunei, Burma (Myanmar), Cambodia, Laos, and Vietnam. Its aims include accelerating economic growth,social progress, cultural development among its members, protection of regional peace and stability, and opportunities for member countries to discuss differences peacefully. 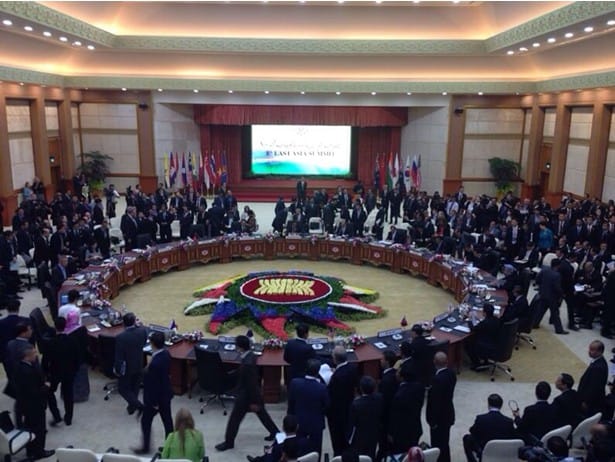 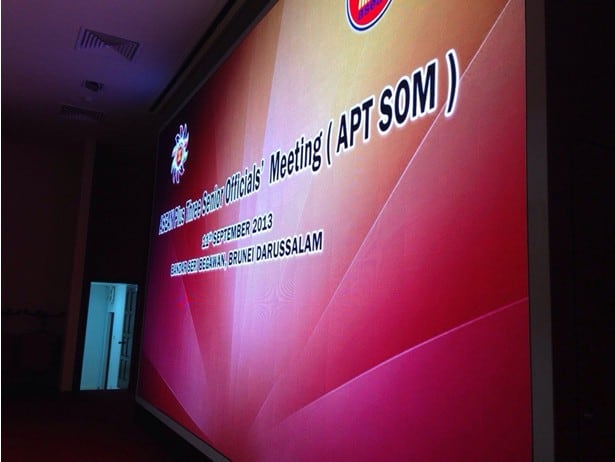 ASEAN covers a land area of 4.46 million km², which is 3% of the total land area of Earth, and has a population of approximately 600 million people, which is 8.8% of the world’s population. The sea area of ASEAN is about three times larger than its land counterpart. In 2011, its combined nominal GDP had grown to more than US$ 2 trillion.If ASEAN were a single entity, it would rank as the eighth largest economy in the world.

YUCHIP,as the leading LED screen supplier in China, we are proud to join in the 23th ASEAN Summit and contributed on it. To deliver perfectly HD and stable image presentation during the summit,we YUCHIP provided a solution of P6 indoor LED display with 153sqm and P4 indoor LED screen with 23sqm. Almost all political leaders of ASEAN went for this summit .The organization are very satisfied with screens working and effect and agreed that YUCHIP LED display contributed a lot to this important international meeting. The P4 indoor LED screen project as below: P4 SMD0606; Cabinet size:480mm x 480mm x 85mm; Total cabinet quantity 100pcs; Total LED screen size:0.48m x 0.48m x 100pcs = 23㎡. – See more at: http://www.leddisplaywall.com/YUCHIP-23%E3%8E%A1-P4-Indoor-LED-Screen-Eye-Catching-Appearance-in-Brunei-n22.html#.VbG3raSqoSU