South Korea is home to various exemplary tourist spots and cities that are popular around the world. Some towns are Seoul—the capital of South Korea, Busan, Incheon, Daegu, and many more.

South Korea, especially the capital city Seoul is known for being hi-tech and digitally modernized along with the old temples and hilly mountainside.

Among the digital technology, the country utilizes include the widespread use of LED displays in their various indoor and outdoor venues such as large shopping malls, K-pop concerts venues, and many more.

Should you have questions, please get in touch with us.

South Korea is a preeminent country around the world because of many reasons. One of those would be the K-pop influence in every teen in Asia and some American countries. The addiction to K-drama is also prevalent among quarantine days.

South Korea, especially Seoul, is hi-tech and has advanced technology integrated into every product, venue, and location. That’s why, perhaps, Korean LED display is widespread today.

One of YUCHIP’s projects is in South Korea. YUCHIP is a China-based LED display manufacturer and solutions provider that has projects in 105 countries and counting. Here are the project details:

Why Is COB Technology Necessary These Days?

Compared to typical SMD, COB technology is more energy-saving but gives out bright light for a P1.875 LED display, for instance.

Today, energy-saving is a vital agendum in the LED manufacturing industry, and every manufacturer is hoping to significantly contribute to the global campaign for saving energy and resources.

Alongside energy-saving, COB technology is also suitable for our eyesight because it does not create patches and light glares that harm our vision.

Also, COB technology and COB LED generally have efficient heat technology, making it better for both indoor and outdoor environments. However, COB LEDs are new to the market; that’s why there are a minimal supply and choices for colors. Hopefully, over time, COB LED will bridge through prominence.

Why Is Cube LED Screen Advantageous?

Because of its artistic positioning, a cube LED screen can easily attract viewers and gives easy access to the audience from all angles. Unlike flat panels, people can only see at a certain angle from the center, while in a cube LED screen, rear, front, left, and right sides have consistency and can show reliable vivid content.

Perhaps, a cube LED screen can be even better when partnered with low pixel pitch to achieve detailed display, high resolution, and steady performance. 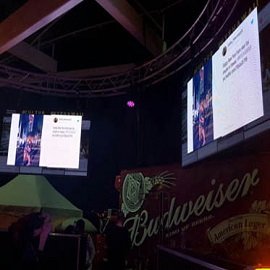 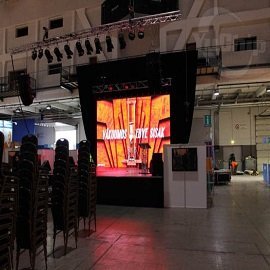 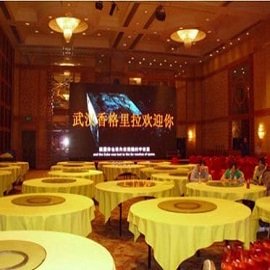 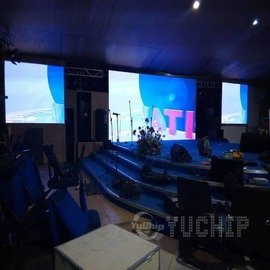