If you are a business enthusiast in Australia, you might want to know how Australia uses its LED screens and what suppliers you should get LED screens from. To help you educate yourself on this issue, we have compiled a list of the top ten suppliers who carry the best–LED screens Australia has to offer. Keep reading to learn more about the Australian LED market and LED screen suppliers in Australia.

Australia is known for its beautiful nature and weather. With all the beaches, trees, and patches of green, staying indoors is a missed opportunity to experience Australia’s natural beauty. Outdoor LED screens have been all the rage taking advantage of this outdoor culture in Australia. If you’re an entrepreneur or business owner, you need to stay updated on the latest outdoor LED screens Australia has to offer.

The LED market in Australia is extensive and unique. Like the LED markets of all major cities worldwide, Australian shopping malls and city centers are lit with LED screens and lights. However, the intense sports culture, outdoor concerts, and movie nights make the Australian LED market different from any other country globally. 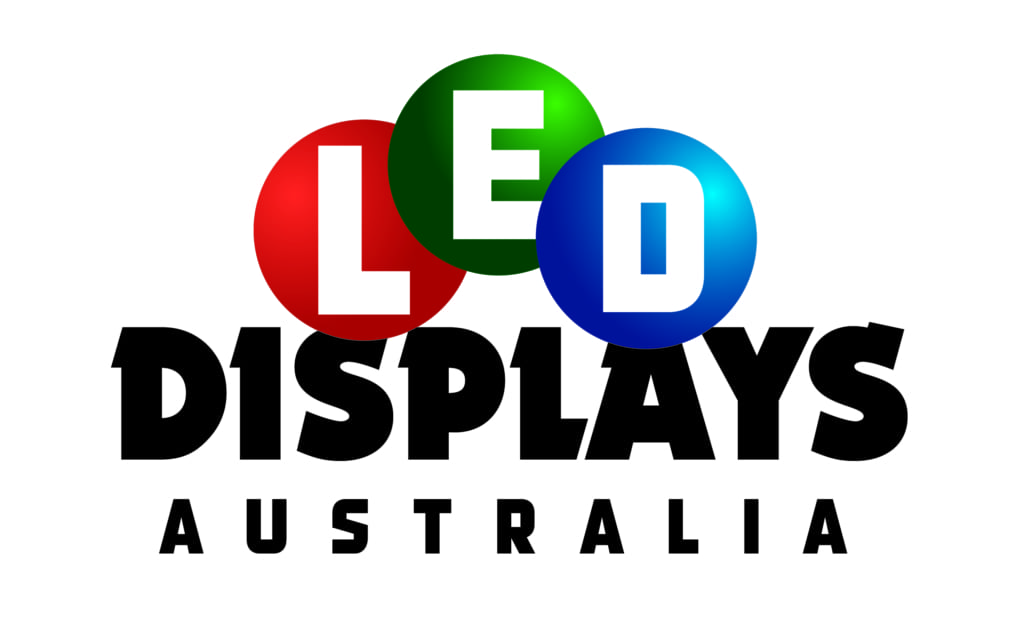 LED Displays Australia is Australia’s top LED screen supplier. They are located in Pakenham but offer services all over Australia. The company has an impressive collection of LED displays and outstanding indoor and outdoor installation portfolios.

Formerly known as FM Digital, onQ Digital is a leading supplier for rental LCD and LED displays. They have headquarters in Melbourne, Sydney, and Perth. So, if you ever need to rent an LED display, check out onQ Digital. 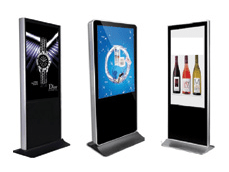 Digital Screen Displays have over 30 years of experience providing the best-LED displays for the Australian market. They are earnest about quality checks and guarantee the best products from around the globe.

Voxson was founded in 1969 and had over 50 years of experience in the LED display industry. They have headquarters in Kingsford and are dedicated to providing the best quality LED displays to the Australian market. Their services are open for both purchases and rentals.

Ci Group is a company that embraces progression and technology. Their goal is to help Australia be technologically advanced through its fantastic lineup of LED displays. If you’re looking for cutting-edge technology in your LED displays, this is the place to be. 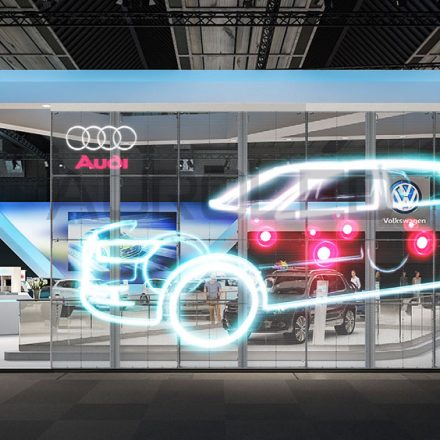 Buy LED Screens specialize in advertising LED displays. If you are looking for large LED displays to advertise your business, they are your best option. Their diverse LED displays and years of experience will surely bring excellent results. 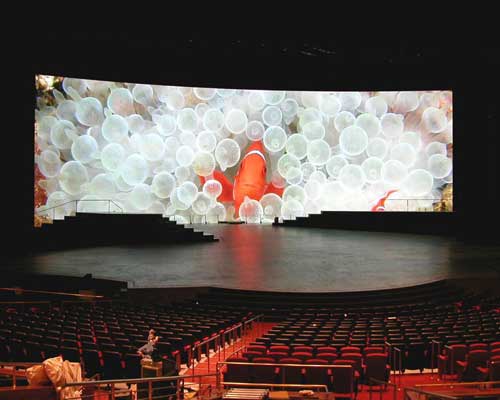 With over ten years of experience, Big Screen Video offers services in Australia and New Zealand. Their mission is to liven up places with their LED displays. If you want to beautify your space with an LED display, be sure to give them a call. 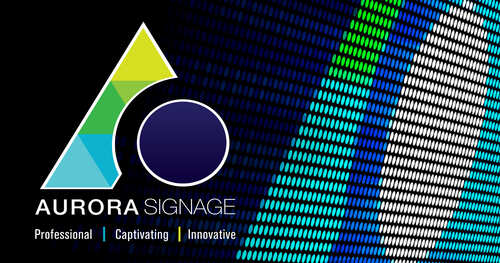 Aurora signage is a certified Australian LED supplier with over 13 years of experience in the industry. Whether it’s indoor displays, outdoor displays, or any multimedia issue, Aurora Signage has got you covered. 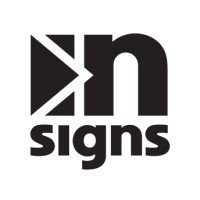 As the name suggests, this company specializes in signboards. Some of their most popular products include LED display signs. If you need an LED display sign for your business, give Insigns a call. 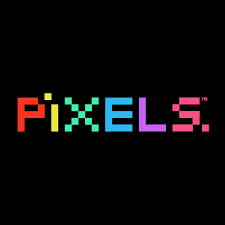 Event Pixels established itself as a company in 2016. Despite being new to the game, they have named Australian LED suppliers. They specialize in supplying LED displays for special events or occasions.

3. Most Common LED Consumers In Australia

Like any other major city in the current world, Australia has a bustling nightlife laminated by LED screens. As a country rich in culture, color, and music, you will see LED screens everywhere in Australia. Here are some of the biggest LED screen markets in Australia.

Australia is a top contender in athleticism and sportsmanship. Sports such as cricket, basketball, and soccer are integral parts of Australia’s bustling culture. Australia has several large sports stadiums where people gather to see these sports in action. With large arenas, seats are usually far away from the players playing the games.

People at the front seats can barely see anything, let alone the people at the back. To solve this problem, stadiums install large LED screens around the arena. The LED plays live close-up footage of the game. Furthermore, the screens are placed up high so that everyone can see the game up close. These LED screens are handy not just to audiences but also to the players.

These events garner a large audience, with crows covering the entire beach. To make the events inclusive, organizers install large LED screens so that everyone at the beach can enjoy the event. The giant LED screens let you see what’s happening regardless of what part of the beach you’re on. Furthermore, the light from the LED displays illuminates the entire beach filling it with beautiful colors and patterns.

Displaying information on a written signboard is very inconvenient. It is a hassle to change things when you receive an update. Furthermore, printing out new signs every time something changes wastes a lot of paper. With LED displays, changing what is written on display is very easy. It makes making announcements or editing information easy and efficient. Additionally, it also protects the environment by reducing waste.

Like corporations, schools and universities also need LED screens to display announcements or information. People often associate LED screens solely with advertising or entertainment. It is why many of us do not think of the many mundane ways LED screens help in our day-to-day life. For instance, think of the cafeteria at the school. There is usually an LED display that tells what is available for lunch.

You might not have thought of it this way, but airports are full of LED displays. There are usually two types of LED displays you’ll see in an airport. First is the essential kind. These are the LED screens labeling entrances and gates. Necessary LED screens in Australia also show the times for different flight departures. These displays’ main job is to inform people about their flights.

The other LED screen you’ll see at airports is advertising LED screens. Airports, in some ways, are just like shopping malls. Thus just as you would see various advertising LED displays in a shopping mall, you will also see such LED displays in an airport. If you’ve never noticed them before, try looking the next time you’re in an Australian airport. You’re sure to see LED screens everywhere.

4. Why YUCHIP Is Your Number One LED Screen Manufacturer

YUCHIP is a globally renowned and celebrated LED display manufacturer and supplier. We have over 18 years of experience creating high-quality LED displays in China. Our products are certified by CE, FCC, TVC, and more. Our products also go through a 72-hour run test before reaching our customers.

With so much experience in the industry and much more ahead, we are dedicated to providing the best-LED displays current technology has to offer. Our growing global network allows us to have an international customer base.

Regardless of which part of the globe you are in, you can rely on Yuchip to deliver the best-LED displays within your reach. So, ask your supplier to source LED screens from Yuchip.

The ten suppliers mentioned in this article provide the best-LED screens in Australia. So, don’t wait any longer. Ask your supplier for a YUCHIP LED display.

You can also find out more about our products by contacting us directly or making an inquiry about your desired YUCHIP product.

Also, here are some links you may visit.