Seoul may be known as the land of the morning calm. But its nightlife is just as bright and beautiful. Korea is one of the biggest marketplaces for the globe’s LED manufacturers. From churches to concert stages and stadiums, Korea is laminated by the glow of LED screens everywhere. If you are a new business owner or an entrepreneur in Korea, you may want to know the top LED display suppliers in South Korea.

Due to the industry’s growth, many LED suppliers are all across Korea. However, that does not mean you can buy LED screens from whichever supplier you want.

After all, LED displays are a significant investment. Before purchasing an LED wall or display, you need to check the supplier’s credentials.

Only purchase LED screens from trusted suppliers with a good reputation.

You may be wondering now, how do I know who the top LED suppliers are in KoreaWeon? We have put together a list of the most trustworthy LED display suppliers in the South to answer this question in Korea.

If you are a new business owner interested in getting high-quality LED displays, go through this list carefully to find the best supplier for you.

LED screens have become a significant marketing trend in all cities across the globe. Having one of the most active entertainment and consumer cultures globally, South Korea is no different. Over time, South Korea has earned a name for itself, one of the largest markets for LED displays.

Whether you are in a small shop, in the city’s heart, or even in a giant stadium, you will see LED displays everywhere. Here are some of the most popular LED markets in South Korea.

The music industry in Korea is currently at its peak. Aside from being home to the K-pop industry, South Korea is also a familiar venue for many singers on tour. Whether it be an entertainment award function or cultural event, concert halls in South Korea are always busy. Concert halls are big arenas.

South Korea has a very active sports culture. Whether it be baseball, football, basketball, or even the Olympics, South Korea does it all. Similar to concert halls. Sports stadiums also need LED displays so that audiences can see what is happening on the field. In most sports arenas, audiences are seated far away from the area.

Even if you are in the first row, seeing everything that goes on. That is why sports stadiums have giant LED screens placed at high altitudes all around the arena. These LED displays are beneficial to the audience as well as the players. Since the field is vast, players aren’t always aware of what’s happening. LED screens let players and audiences take a closer look at what is going on in the field.

These days if you are aware of South Korea, you are also familiar with K-pop, K-dramas, and Korean movies.

The entertainment industry in Korea has been on a steady rise since 2017 in what people are calling the Korean wave. With the popularity of Korean media and celebrities, Korean entertainment agencies such as YG, JYP, SM, HYBE, etc., have also gained a fan.

Entertainmentinment agencies have large LED screens or billboards outside their com to promote upcoming talent, albums, or films companies.

These agencies are also a popular visiting spot for Entertainmentinment agencies with massive walls and corners of buildings with LED di to make the space more appealing displays.

A church may not be the first thing you think of when you imagine an LED display. Not all churches have LED displays. However, large churches with big audiences need LED screens so that everyone can see what is happening. Aside from being a place of prayer, churches are also a venue for sermons, religious concerts, funerals, or weddings.

Concerts and sermons, in particular, can have enormous audiences. Sunday prayers in large churches also have huge gatherings. To make everyone feel included in the ceremony or blessing, churches use large LED screens. These screens are placed behind the speaker. Live footage from a camera is fed into the screen so that everyone can see the speaker up-close.

Shopping malls in South Korea also have large LED displays both inside and outside of the building. Many of these LED screens are owned by a particular brand with a shop in the company.

For instance, large brands such as Gucci or Calvin Klein will have their own LED s, both in their shops and around the mall.

However, a shopping mall also has several LED screens that smaller businesses can hire to advertise their products.

Large LED screens up for rent are all around South Korea in places such as restaurants, subway stations, bus stations, etc. People can rent out time in these LED displays to show whatever they wish to display.

Now that you know the biggest LED markets in South Korea let’s look at some of the best suppliers. There are many LED suppliers in South Korea. However, the ones listed below have LED displays from the best manufacturers in the world. 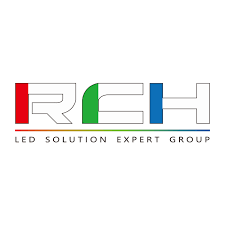 Rica Holdings was founded in 2012. Since then, they have been a top supplier of LED screens across South Korea. Their headquarters is located in Gyeonggi-do. Aside from this, they also have offices in Busan and Ilsan. Sincspecifically supply LED screens finally; you can expect various LED screens from Rica Holdings.

Kinoton Korea does its best to provide audio/video solutions to its customers. The company was founded in 2006. They have a diverse range of LCD and LED displays in their arsenal. Furthermore, they are also suppliers of audio systems. If you need more than just an LED screen, Kinoton Korea is the way to go.

KIOSK Korea was founded in 2010 and specializes in advertising LED ScKIOSK Korea is a top contender. Suppose you need an LED or LCD wall to advertise your bartender. They have a large selection of displays for every size and price point. If you want high-quality screens from a diverse range, contact KIOSK Korea.

Galaxia Electronics was founded in 2014. Despite being a new company, they have earned a reputation for supplying the best LED walls from all across the globe. Aside from being high quality, they have LED display partners from various parts of the world. Aside from LED displays, they also supply LED lights and other home electronics.

Avics has been a trusted electronics supplier in Korea since 1989. However, it wasn’t until 2012 that they expanded their business and started supplying LED displays. Aside from LED walls, they are a supplier of many other electronics. If you’d like to purchase various other items along with LED displays, you can check out Avics. 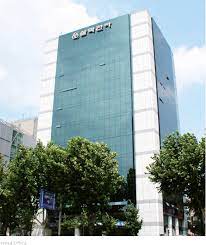 Samik Electronics was founded in 1969. They are by far the oldest company on this list. Their time on the market allowed them to build connections and supply the best LED walls and electronics worldwide. If you want to get your LED displays from a company that has been in the game for a long time, Samik Electronics is the way to go.

MD LED Innovation is a leading Led display supplier in South Korea. The company was founded in 1990 and has since been profoundly invested in LED technology development and technology. They specialize in LED walls in advertising. If you want the latest LED display technology or trends, check out MD LED Innovation.

Established in 2005, M2L Multi-Media Leader has provided various multimedia solutions in South Korea. They also offer other multimedia devices and SMART technology along with LED screens.

Ara Systems was founded in 2007 with headquarters in Gyeonggi-Do. Aside from direct purchases, Ara System also offers rentals. If you need to rent an LED screen or any other multimedia device, Ara Systems is the perfect option.

Kodico was established in 1990 and has been a close ally to the media industry. They provide high-quality, large-scale LED screens. If you need a large LED screen for a media project, Kodico is an excellent option.

4. Why YUCHIP Is Your Most Trusted LED Manufacturer?

YUCHIP is a globally recognized LED manufacturer and supplier.

Since our foundation in 2004, we have worked with various industry leaders for manufacturing LED walls and displays.

Located in China, we have various global partnerships that allow us to distribute our LED displays all across the globe.

But don’t just take our word for it. You can check out our tremendous portfolio to have a taste of our capabilities and the sorts of projects we have been involved with.

So if you are from Korea and in the market for premium quality LED screens or even custom-built LED displays, we can help you with that.

Ask your preferred supplier for Yuchip displays, and we will have your order ready and shipped in no time.

We hope this article helped you learn about urban LED display culture and introduced you to the top LED display suppliers in South Korea. Now that you know who the best suppliers are don’t wait any longer and ask your supplier for YUCHIP LED screens.

Aside from this, you can also contact us directly or inquire to find out more about Yuchip LED screens.

You may also visit the following links.